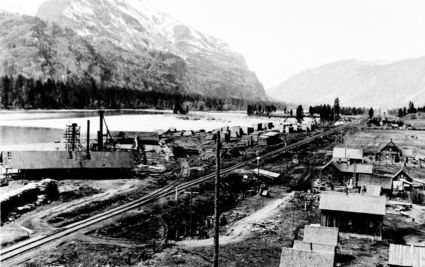 The W.B. Russell sawmill at Eddy was the one of the largest mills in Sanders County in the early 1900s. Eddy, Montana also had a post office, general store and a train depot.

By Mike Scott contributor to The Plainsman

An attempt will be made to portray a typical lumber camp as it was shortly after the beginning of the twentieth century, the personnel required to operate such an establishment and some of the customs. After selecting a site with...