Valerie Hoynacki's work to be featured at 2019 quilt show 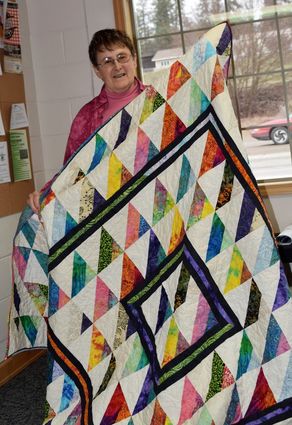 FEATURED QUILTER Valerie Hoynacki will have dedicated space to display a variety of her creations at the Flat Iron Quilting Guild's 2019 Quilt Show on April 13. Hoynacki said that she donates most of her items because otherwise there would just be too many to keep.

Every year the Flat Iron Quilting Guild selects one of their members to be featured during the April Quilt Show. This year, Valerie Hoynacki will hold the honor of Featured Quilter.

Hoynacki is well versed with stitching. Her hobby began as a child when she enrolled in the 4-H sewing project. "I...