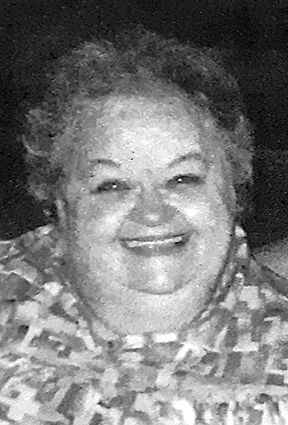 Sally was born August 31, 1939 in Kellogg, Idaho to Robert Franklin Spoor Sr. and Lavina Irene Krom Spoor. She was raised in Idaho along with her 4 siblings. She graduated from Kellogg in 1958.

On May 20, 1957 she married Leonard Kjos in Coeur d'Alene, Idaho. Together they had 4 children: Cynthia, Kim, Kenny, and Kaylene. She later married John Clawson on November 18, 1978, and together they adopted two children, Mariah and Steven and fostered many other children throughout the years, which led to them receiving the Montana Foster Parent of the Year Award. John and Sally raised their children in Thompson Falls. Sally worked for the Sanders County courthouse where she retired after 15 years.

Sally enjoyed watching baseball along with the many other sports her grandchildren played. She enjoyed a good game of pinochle, cards, board games, putting puzzles together, playing Yahtzee and playing bingo. She loved the rain and fresh flowers. She loved spending time with her family and friends. She faithfully attended church at Community Congregational Church. When Sally moved into the Care Center, she attended their Sunday Services.

Later in life Sally moved into Libby Care Center in Libby, Montana, to be closer to her family. After that she moved to Pioneer Care & Rehabilitation in Dillon. She passed peacefully with her very loving devoted husband John, daughters Kim, Kaylene, stepson Brian and his wife Julie and sons-in-law John and Rick by her side at Barrett Hospital & Health. She passed away of natural causes.

Sally will be greatly missed by her family and friends. Family would describe Sally as sweet, soft, and always a jokester. She had love and compassion for everyone she met. She was "a mother to all," loving and caring, always happy, she had a huge heart and always had kind words and a smile. She loved to laugh.