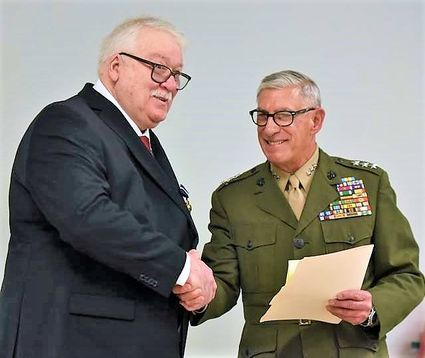 HONORING THE BRAVE – James Stogner (left) received the military's second highest honor, the Navy Cross, from Retired Lieutenant General Frank Libutti, for showing bravery, valor and honor for his battalion during Vietnam 52 years ago. After suffering massive injuries, Stogner continued to fight, saving the lives of his fellow Marines.