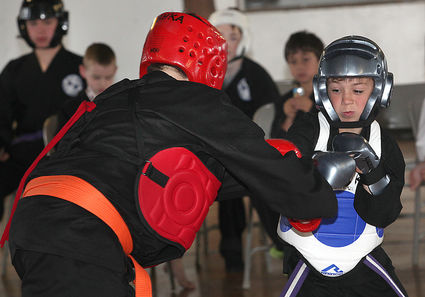 The Blue Heron Karate Academy held its first tournament last weekend, which may have been the first ever karate tournament in Plains, said Jason Williams, the club's "sensei," and creator of the Plains-based club.

Fourteen kids of the academy competed with each other at the Sanders County Fairgr...