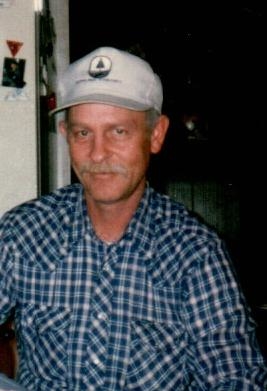 Jerry Clinton Taylor passed away peacefully in his sleep at his home in Rathdrum, Idaho, on April 16, 2019. Jerry was born October 16, 1951. in Sandpoint, Idaho to Garvin and Jean Taylor of Trout Creek, Montana. He was raised in Trout Creek on the family farm along with his three siblings; Linda, Betsy, and Steve. The family moved to Thompson Falls, Montana in 1960. Jerry had several nice Chevrolet cars that he refurbished with the help of his dad, Garvin, at Westland Chevrolet. After graduating high school in 1969, he was drafted into the U.S. Army and went to basic training in Fort Lewis, Washington. He was medically discharged after boot camp and returned home shortly after.

Jerry married Teresa Hansen in August 1971 and later had a son Jared in November 1975. They divorced in 1976. He later married Shelley Shoemaker, joining with her daughter Jessica whom she had prior. Soon after, Shelley had twin boys, Eric and Curtis in April of 1983. They would later divorce. Jerry was a very devoted father and ended up raising the twin boys himself. He had a very strong work ethic and worked in the woods all of his life for local logging companies sawing and hooking logs, starting in the early 1970's. He was an extremely good logger and very well known in the area for being one of the best hook setters around. In 1977 he and brother Steve went to work for Cuddy Logging of Plains, Montana, with Jerry running their modernized line machine and Steve as a log hooker. He also was a great long boom loader operator. Something that was quite rare. In the late 1980's, Jerry eventually worked for his brother, Steve, running Steve's yarder and was a great asset to T&K Yarding of Thompson Falls, Steve's local company.

In the mid 1990's Jerry moved to Rathdrum, Idaho and went to work for Babbitt Logging of Coeur d' Alene, Idaho, running the yarder they owned. He did this in that capacity until his health forced him to retire. At that point, he had been a logger in every capacity for nearly 40 years of his life. Something he was very proud of.

Jerry had a very great and unique sense of humor, as anyone who ever knew him could tell you. He will be very deeply missed by his family and friends. He loved his children, grandchildren, nieces, and nephews very much. He made sure to express this often to all of them.

Jerry is survived by his children; Jared (wife Amanda) of Kalispell, Curtis of Rathdrum, Eric of Sandpoint, and Jessica of Columbia Falls, Montana; by his grandchildren Calie, Cadence, CJ, Kyliegh, Natalie, and his younger brother, Steve.

Funeral services were held at the Mormon Church in Thompson Falls on May 10, 2019. Graveside service was held at Whitepine Cemetery.