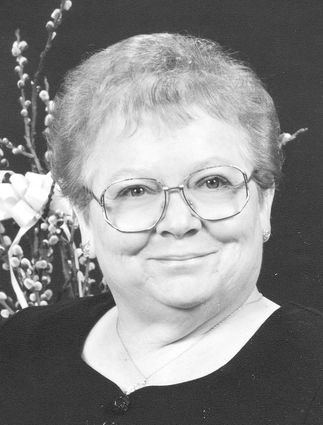 Roberta Gayle (Johnson) Ruguleiski, age 79, of Plains, Montana passed away Sunday, January 20, 2019, in the Clark Fork Valley Hospital following treatment for a heart condition. Donald E. Ruguleiski, her husband of 59 years, was by her side.

Gayle was born July 9, 1939 in Missoula to Bob and Dorothy (Powers) Johnson. She was raised in Plains with the exception of three years during World War II when the family lived in Seattle. She attended Plains schools, graduating from Plains High School. In high school, Gayle played in the band, sang in the choir and was a twirler. She was also a member of the Plains Assembly, Order of Rainbow for Girls.

After high school, Gayle enrolled at the College of Nursing at Montana State University and did clinical training at Columbus Hospital in Great Falls.

She married Don Ruguleiski, a member of the United States Air Force, on November 7, 1959 in Plains.

During Don's career, they lived in Montana, New York, Mississippi, Alabama, Maine, Washington State and Japan. Upon Don's retirement, Gayle, Don and their five children returned to Plains. They managed the original Corner Grocery for several years. Gayle later worked at Gambles, as a dispatcher for the Sheriff's Department and in the medical records department at Clark Fork Valley Hospital.

Gayle was an active member of the Plains United Methodist Church where she sometimes filled in for the pastor. She also taught Sunday School and helped with receptions. She loved baking treats to take to various events. She and Don made and served chili to carolers at Christmas time.

Volunteering was a big part of Gayle's life. She had a big heart and a sympathetic ear. She was compassionate and very fond of children. She especially loved reading with the first and second graders at Plains Elementary School. Another recent joy of hers was performing and helping with the Paradise Players in their productions.

Gayle was preceded in death by her parents Bob and Dorothy Johnson, her younger sister Sharon (Johnson) Hashisaki and her cousin Katie Lou (Johnson) Rosenow.

She is survived by her husband, Donald E. Ruguleiski, her daughters Molly Kretz and Michelle (Drew) Reed, sons, Donald (Irene), Tim, Stephen (Marilyn) and Mark, as well as 13 grandchildren and three great-grandchildren. She is also survived by her sister Rae (Bob) Proctor and several nieces and their families.