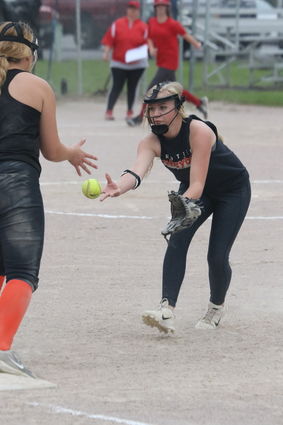 SISTER SISTER - Playing second base, Izzy Butcher flips the ball to her sister Dakota Butcher on first during recent softball action in Thompson Falls. The team the Butcher sisters were playing on was made up of players from Thompson Falls and Plains.

The sports will remain the same, only some of the faces in charge of local high school programs will change.

Several coaching changes have been made at Sanders County schools ahead of the 2019-2020 school year.