Twins shoot it out in Paradise play 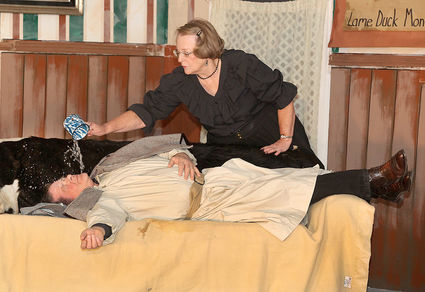 There was a shooting and a case of poisoning in Paradise last weekend - two people died, but no one was arrested. The sheriff turned in the badge and ran off with a private detective.