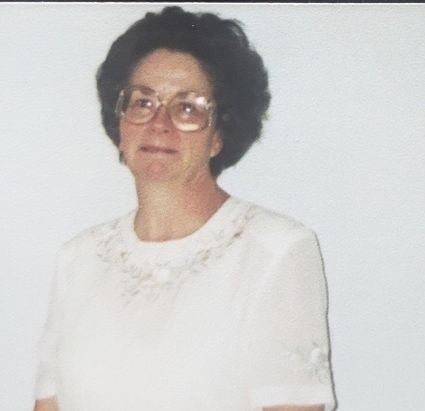 Doni was born October 24, 1944, to Donald and Lillian Boyer in Seattle, Washington, and passed away September 19, 2019, at Clark Fork Valley Hospital in Plains, Montana. Doni was baptized in the Ronald Methodist Church in Seattle, but later became a Seventh Day Adventist.

After Seattle, Washington, and before making their forever home in Trout Creek, Montana, in 1972, Doni and her family lived in Coeur d' Alene, Idaho, and Ronan, Montana.

Doni, a self-taught pianist and accordionist, loved and wrote music, playing, singing and teaching others. She played for the Seventh Day Adventist Church in Trout Creek and for more 30 years in the Whitepine Community United Methodist Church, also in Trout Creek. Doni played the piano at numerous weddings, funerals, nursing homes, privately for the elderly and the Memorial Day Services at the Whitepine Cemetery. Doni was also an accomplished artist, thrilling her family and friends with beautiful self-made cards. Her greatest love was her animals, of which she had many over the years; whenever she lost one, she would adopt another.

Doni was preceded in death by her parents and nephew David Conklin. She is survived by her sister Darian (Rex) Conklin of Trout Creek, nieces Gina Noirot and Channah Conklin-Wedel, nephew Benji Conklin and numerous great-nieces and great-nephews.

A celebration of life will be held Saturday, October 12 at 2 p.m.at the Whitepine Community Church. A light lunch reception will follow. In lieu of flowers, memorials can be made to Thompson River Animal Care Shelter (TRACS) and Court Appointed Special Advocates for children (CASA) of Sanders County.