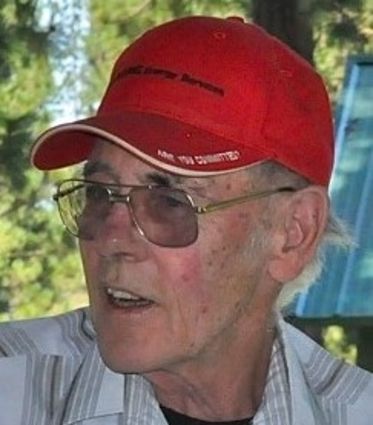 James (Jim) Raymond Flory passed away on September 23, 2019. There will be a private family service to be held at Porthill, Idaho, cemetery where he will be laid to rest next to his beloved parents Alvin and Janita Flory.

Jim was born January 10, 1942 to Alvin and Janita Flory in Bonners Ferry, Idaho. Jim was the second of four children. He was raised in the mountains surrounding Bonners Ferry, spending summers of his young years at Snyder Guard Station, where his father worked for the Forest Service training fire crews.

Jim's love for the outdoors continued throughout his life. He hunted the woods of Idaho, including helping his father pack elk hunters up Cayuse Creek for many years. He served in the National Guard in Idaho and also worked for the Forest Service in Trout Creek, Montana. He spent a short time in Seattle, Washington, where he drove tanker delivering to gas stations. Jim also loved to fish and spend time in Northern Idaho, and in his later years fishing and camping with his wife around the lakes and streams in Western Montana. Jim loved his job driving logging truck and took great pride in keeping his truck clean inside and out. He worked for RPJ Trucking in Plains, Montana, until his retirement.

Jim was preceded in death by his parents, Alvin and Janita Flory, and a beloved niece, Sarah Dudley.