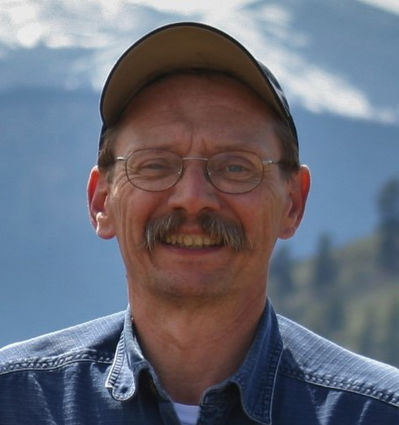 William Edmond Daugherty, 62, of Charlo, Montana passed away Tuesday, October 8, 2019 at St. Patrick's Hospital in Missoula. He passed away on his brother Michael's birthday due to complications from COPD and Non-Hodgkin's Lymphoma.

Ed was born December 8, 1956 in Joplin, Missouri to William Henry and Jaffra Arlene Daugherty. He grew up between Neosho, Missouri and Marshall, Arkansas with a strong passion for reading and history. He was also a proud member of his high school football team, playing on the varsity offensive line. He then went on to pursue a B.S. degree in Animal Science from the University of Missouri, where he would meet his future wife. On August 29, 1991 he married Lauren Woods Daugherty. They would go on to have three sons. He did not finish college on the first try but his persistence brought him back after the birth of his first son to finish his degree.

Ed then began work with the Farm Service Agency (FSA) in Tuscumbia, Missouri. He soon found full time work out west in Montana. In 1998 he moved with his family to a small farm in Charlo, Montana where alongside his work he would help raise three boys, a herd of Boer meat goats, racing Quarter horses and an annual hay crop.

During his career with the FSA, he worked with farmers and ranchers all across the state of Montana, including the communities of Ronan, Malta, Chinook, Conrad, Cut Bank and Plains. He was widely known as a dedicated employee and in the latter years, a kind and respectable boss. Ed retired from the FSA in May 2019 after 32 years of hard work and service to Montana's farm and ranch community.

Ed was an extremely intellectual man, who's deep philosophical mind constantly pondered the nature of the world around him on all scales. He loved the wilds of Montana and had a strong passion for deer and turkey hunting. He routinely took his family camping, hunting and fishing. He also enjoyed traveling and learning about the many cultures of the world, including their traditions, music and most importantly, food. He was an exceptional cook who always had an eye for presentation. At the age of 60 he was finally able to experience foreign culture firsthand by travelling to the South American countries of Chile, Argentina and Uruguay.

Ed is preceded in death by his father, mother and brother, Michael. He is survived by his sons Zachary, Connor and Nicholas and the mother of his children, Lauren. He is mourned by many.

Memorial Services will be held Saturday, Nov. 9 at 11 a.m. at Mission Valley United Methodist Church with lunch and a celebration of life to follow. In lieu of flowers, the family asks that donations be made to the Leukemia and Lymphoma Society or to the church.