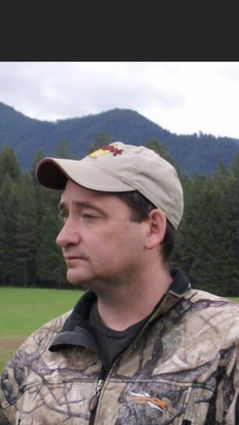 Ross Chadwick Fratzke, 46, of Thompson Falls passed away Wednesday, November 20, 2019, at St. Patrick Hospital in Missoula. He left this world too soon, surrounded by his loving family.

Ross was born March 2, 1973, in Missoula to Scott Fratzke and Edna Brotherton. He spent his childhood from birth in Thompson Falls. There, he attended school from kindergarten through high school. On June 22. 1991, 20 days after high school graduation, he married his high school sweetheart, Debbie Thompson of Noxon. They met in 1988. Later in the fall of 1991, Ross and Debbie attended Eastern Oregon State College in Lagrande, Oregon.

After college, Ross worked for Les Schwab Tire Center. His career with Les Schwab continued over 20 years. During this time, Ross and Debbie raised two children, Hawk and Courtney.

Ross was an avid outdoor sportsman. His love of hunting, fishing and everything associated with the outdoors is attributed to his growing up in western Montana. There was always a story of a big whitetail buck or bull elk when having a conversation with Ross. Or stories of big trout in a high mountain lake and Clark Fork River. His adventures in the outdoors inspired others around him. His passion for hunting is what motivated him to become a hunting guide. Ross was an outfitter from 2006 to present day. It is truly what defined him.

Ross was lighthearted and liked to joke around. His laughter would always bring a smile to those around him. He loved football. The San Francisco 49ers were his team. He was kind and enjoyed helping people in need. Ross was an entrepreneur, a self-starter. He was a family man and had incredible love for his family. A proud parent of both his children and dedicated to his wife Debbie. Ross was an all-around good guy.

He was preceded in death by his mother, Edna Brotherton.

A celebration of life ceremony will follow early summer 2020.