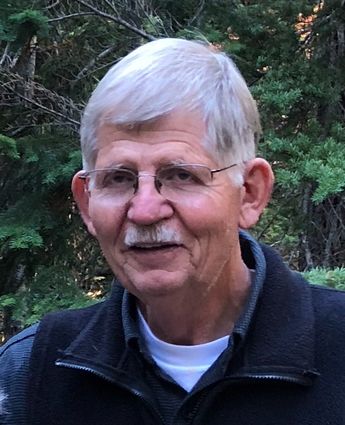 Surrounded by his family, Richard Carlson, age 72 of Plains, Montana, passed away from a brain hemorrhage brought on by Acute Leukemia on December 10, 2019 at St. Patrick's Hospital in Missoula, Montana.

Richard was born March 15, 1947 in St. Anthony, Idaho, to Helge and Mary (Baumgartner) Carlson. He grew up in Coeur d'Alene, Idaho, where he enjoyed learning how to hunt and fish in the forests of the Idaho Panhandle. Richard was a brilliant naturalist (our "google" before it was a thing) and graduated with a degree in Zoology from the University of Idaho.

It was there that he met and married the love of his life, Ruth Ann (Brood) Carlson. They started a life in Nordman, Idaho, where he worked seasonally as the crew boss for the Kaniksu Hot Shots for the U.S Forest Service. They moved to Troy, Montana, in 1977 and continued his career in fire.

In 1980 he took a job on the Lolo National Forest for the Plains/Thompson Falls Ranger District as an Assistant Fire Management Officer fuels specialist, where he devoted 24 years until his retirement as the Fire Management Officer in 2004. He was a well-respected fire behavior analyst on Type I and Type 2 Incident Management Teams. This job took him throughout the United States on fire assignments.

Throughout his career he mentored and trained countless firefighters in all aspects of wildland and prescribed fire. He loved the comradery of being on a team and working in the outdoors. If you knew Rick, you know that he was a wonderful storyteller, and always smiling, thinking of the next funny anecdote to relay. His greatest joys were camping and fishing with Ruth Ann, spending time with his children and grandchildren, making breakfast for loved ones, and ice fishing with his friends.

Rick was preceded in death by his parents, Helge and Mary Carlson. Richard is survived by his sweetheart and wife of 50 years, Ruth Ann (Brood) Carlson; daughter Allisa; son Alan and his wife, Joanna; son Patrick and his wife, Amber; five grandchildren, Cadance, Ryker, Kevin Grant, and Jax Carlson; and his sister Cindy Carlson.