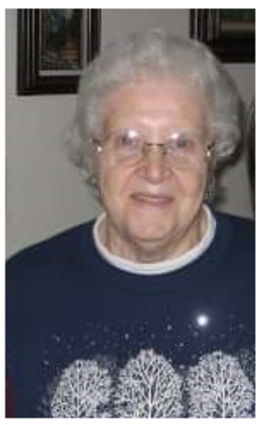 Sally was born in Clay County, Indiana, on September 21, 1929. Her family moved to Plains when she was a young girl. She spent most of her life in Plains, many may remember her working at the First National Bank in Plains or owning the local Garden Gift & Liquor Store. She and her husband F.G "Gale" Sears married on May 1, 1949, and raised three sons, Don, Jan and Guy.

She is preceded in death by her parents, Richard and Nina Lapp; son Jan; brothers Keith, Phil, Barry and Al; and sisters Lynne, Mary, Jane, Micki and Colette.

Cremation is taking place at Sunset Hills Funeral Home in Plains. In honor of Sally's wishes no services are planned.