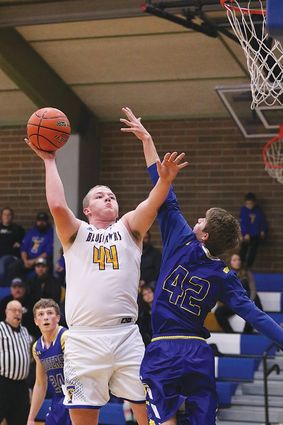 The hometown Blue Hawks kept pace for a while but, in the end, the Class A Libby Loggers were a little too much.

Now 0-4 for the season in non-conference action, coach Jake Mickelson and his Hawks will begin 2020 with a game at Plains Jan. 3 before hosting Troy in District 7B conference play Jan. 4.

The Hawks trailed only 10-9 after the first quarter against Libby, but the Loggers slowly pulled away after that to post the win.

Scoring for Libby was not available.