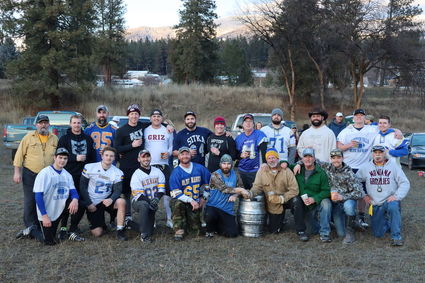 KEEPERS OF THE KEG BOWL - Players and officials from the 39th annual meet after the game for the traditional photo with the keg Saturday at Ainsworth Field.

Given up for almost-dead last year when only a handful of players showed up, a rejuvenated Keg Bowl, featuring a welcome flock of younger players, many playing in Sanders County's most-famous bowl game for the first time, was played once more, for the 39th time overall, Satur...