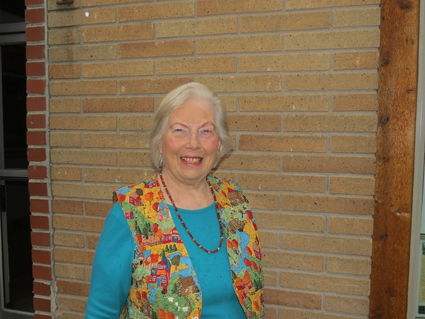 Judith Marlene (Cortell) Simonson (Jay Simons), 80, a resident of rural Noxon/Trout Creek, Montana, for more than 40 years, slipped away quietly on Friday, December 20, 2019, at Schneidmiller House, Hospice of Northern Idaho in Coeur d'Alene, after declining health due to diabetes and heart disease.

Born in Rochester, New Hampshire, the daughter of the late Ben and Lillian (Nesbitt) Cortell, she was raised in Haverhill, Massachusetts, and was a graduate of Haverhill High School. Judy received an Associates Degree from Boston University.

Judy Simonson was an artist, journalist, creative writer and photographer her entire life. Published under the pseudonym, Jay Simons, Judy fought back in the mid-1970s against the male dominant industry and successfully wrote for dozens of lifestyle magazines including Mother Earth News, Organic Gardening, American Tree Farm, Farm Wife News and helped rebrand it as Country Woman. Living off the land and sharing a romanticized version of the tough life in Montana was central to her popularity as a writer. Early attempts at writing, illustrating and publishing children's books, writing country songs and the great American novel were replaced with her well known and frequent work in Ruralite and the Sanders County Ledger's "Question of the Week." A well-read and researched writer, Judy was always in pursuit of her next story, and if not careful, one might find themselves quoted in one. In 1994, Judy self-published a book In Search of the Messiah, which chronicled "her personal journey and search for religious truth."

Judy never met a stranger and was rarely forgotten after an encounter. Her desire to know and tell the stories of the lives of others kept her in the midst of the active community life in Sanders County and her lifelong companion and youngest son, Scotty, was as much a part of the community as she was.

Judy believed in serving others and her service as an elected representative for District #2 as a member of the Northern Lights Board of Directors for 25 years (six of those years as the NLI Board President and 13 of those years as the Board Secretary). Judy also served for 20 years as a Director of Montana Electric Cooperative Association (MECA), proof that her community and the state believed in her representation on their behalf. Active with the local food pantry and the Sr. Citizen Center in Noxon, Judy was a frequent volunteer, known by many as a stalwart advocate for others who may be struggling in the rural and mountainous region. Her presence, and now absence, at most Noxon High School and community social events throughout the county will be noted.

In lieu of flowers, her family suggests donations in Judy's memory be sent to Noxon Senior Center, 211 2nd Street, Noxon, MT 59853; or via the Montana Food Bank Network: directed to Noxon Community Services Fellowship Food Bank, 1419 Montana Hwy 200, Noxon, MT 59853, or via https://mfbn.org/donate or a charity of your choice.