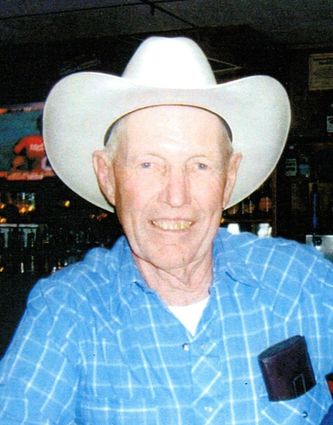 Niarada- On January 1, 2020, Leigh Gordon Herman of Niarada, Montana, passed away at 90 years of age in Polson. Leigh was born to John Otho "Coke" Herman and Louise Ulrich Herman on November 25, 1929, in Kalispell, Montana. He was born into a ranching family, being the only grandson of early pioneer Johnny Herman, who came to the Elmo/Niarada area in 1888 and established his ranching headquarters just off the Flathead Reservation. Leigh attended schools in Battle Butte, Lonepine, Hot Springs, and Kalispell. After his father died when he was 13 years old, his mother took charge of running the ranch. Leigh boarded with different families in Kalispell and Hot Springs. He came home to help on the ranch weekends and during summer vacation. Leigh graduated from Flathead County High School in 1947. Following in the footsteps of his grandfather and father, Leigh continued the Herman family ranching tradition in Niarada, Montana.

On September 24, 1958, he and Judith Adelaide Mullen were married in Polson, Montana. This was the beginning of their 56-year journey together. Four children were born to this union; Patricia Louise, John Edward, Robert Leigh and Katherine Lea "Kay."

Aside from ranching, Leigh wore different hats over the years. During the 1960s, he managed a Christmas tree yard for Walter's Tree Company, purchasing, grading and shipping trees in the fall. When the Kalispell Livestock Auction opened, Leigh worked at the yards on sale days for the next seven years. For the next thirteen years in the 1970's, he was in the trucking business with a semi-truck pulling a straight trailer and an 18-foot truck used to haul livestock within the state of Montana. For a number of years, he custom hayed. It was not work all the time as he enjoyed helping to produce local rodeos. He also entered these rodeos on his calf horse "Jimmy."

He became active in the Western Montana Stockman's Association, and over the years, served on the Board of Directors as Secretary/Treasurer and President. Other boards and committees Leigh served on were the Hot Springs School Board, Soil Conservation Board of Sanders County, Hot Springs Saddle Club, Board of Directors of the LaRue Hot Springs Museum, and was a Mission Valley Elks Club Member for 42 years. Leigh was versed on many subjects, especially the history of early western Montana.

Leigh was an avid reader. He enjoyed visiting with family and friends. In later years, after his gray horse was put out to pasture, he could be seen driving around in his '91 Ford pickup checking neighboring towns and ranches (as he said, snooping).

Services will be at Lonepine Hall, Lonepine, Montana, on Friday, January 10, 2020 at 2:00 p.m. A viewing will take place before the service from noon until 2 p.m. A reception will follow the service. Burial will take place Saturday, January 11, 2020, at 11 a.m. at Conrad Memorial Cemetery in Kalispell, Montana. In lieu of flowers, donations may be made to the LaRue Hot Springs Museum, Hot Springs, Montana, or Pinehaven Christian Children's Ranch, St. Ignatius, Montana. Memories and condolences may be sent to the family at http://www.thelakefuneralhome

Arrangements are under the direction of The Lake Funeral Home and Crematory.