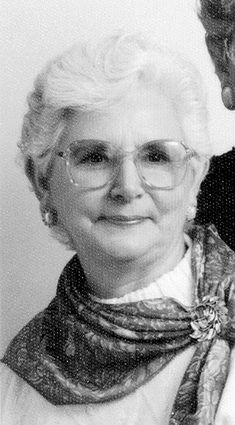 Helen Fritsch, 88, passed December 15, 2019, from kidney failure. She was receiving Hospice care at her son's home in Puyallup, Washington. Her son Brad and his wife Tina Marie made her final days as comfortable as possible. Anyone who knew Helen won't be surprised that the following was taken from not one, but two drafts she had left behind. This is her story.

Helen was born in Butte May 12, 1932 to Vern and Ann Sloan. She was raised with two sisters, Vernette and Annie May. Vern and Ann took in three cousins, Julie, George, and Robert Rockwell who quickly became part of the family growing up in Thompson Falls. Helen graduated from Thompson Falls High in 1951. She raised her three children, Royce Ann, Shirley, and Brad.

In 1971 she relocated to Olympia, Washington retiring from Washington State in 1993. For the next several years she traveled across the United States before she returned to Thompson Falls to be with her mother. In 2012 she moved back to Washington living in Puyallup close to her son, Brad.

Helen requested no flowers, but to donate to a charity of your choice. There will be a Celebration of Life for her in Thompson Falls in May 2020.