Bracelet honoring POW makes its way back to Trout Creek 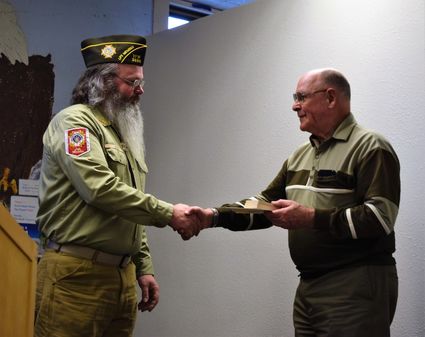 A mysterious package arrived at Trout Creek School a few weeks ago. Gabriele Ohning, the school's secretary, suspiciously inspected the package prior to opening, and noticed the return address was from Dr. Sandy Wacholz of Maine. Neither the name nor location were familiar.

Ohning continued to open the package revealing its contents. A POW/MIA (Prisoner of War/Missing in Action) bracelet engraved with "S/SGT. VICTOR PIRKER 11-22-65" was presented along with a note from Wachholz asking the school to please do their best in returning the bracelet to Pirker's family, as she determined Pirker was from Trout Creek, Montana.

"Dear Trout Creek School," Wachholz inscribed on the card. "Enclosed please find a POW bracelet that I wore faithfully for one of Trout Creek's citizens, Victor Pirker, who died on November 22, 1965. I thought it might be interesting for your students to learn about this era and perhaps return it to a family member. I cannot find any information about his siblings. If you do find them, tell them I wore it with deep love and ethic of care."

Pirker enlisted in the Marines during Vietnam and was a member of the Marine Medium Helicopter Squadron 362, Marine Attack Group 36, 1st Marine Air Wing. The crew met their demise the 22nd of November when the Sikorsky Seahorse Utility Helicopter (UH-34D Choctaw) embarked on a combat mission. According to military documents the crew was participating in a Marine troop lift into Trach Tru (South Vietnamese post south of Quang Ngai). On a return trip, intense enemy fire and bad weather forced the aircraft out to sea between Chu Lai and Quang Ngai, South Vietnam. All communications with the crew was lost. None of Pirker's or the other joining three servicemen's remains were recovered.

School Principal Debbie Phillips opened the emotional ceremony stating how honored she was to have veterans Howie Inks, Ron Chisenhall, Ron Kilbury, Jeff McIntyre, Bob Kunch and Bernard Parker in attendance. "They have helped to keep us free," she said, "and they have given us the ability to be sitting here today."

Through video footage shown at the assembly, Wachholz shared her deepest condolences to the Pirker family and expressed gratitude that the bracelet was able to be returned to them. "I wore that bracelet proudly all through my high school years," she emphasized, "and then it was stored in my family attic when I went to university."

Inks paid tribute to Pirker by sharing his story with the students and Kilbury presented the bracelet to Dave, an Air Force veteran. When given the opportunity to address the audience, somberly Dave commented, "I thank everybody for putting this on. I get too emotional." That was all Dave could say.

More was said than not.

Dave shared that growing up he had an interesting relationship with Victor. "I was four-and-a-half years older than Vic, and I went to college in Bozeman and then I went to the Air Force for four years. Vic enlisted in the Marines. We didn't see much of each other," Dave said with despondency.

Lois shared the story of Rodney (Rod) Knudson, a Thompson Falls resident who shares the POW/MIA memorial located in Thompson Falls with Victor. "Rod served as POW for seven years. He was tortured and kept in a small cage." She added that he was in the same POW camp as Sen. John McCain.

It took four decades for Victor's bracelet to resurface. During the later months of 2019, Wachholz's brother informed her that the five-generation family farm located in Minnesota was going to be sold. She returned to the farm to gather her belongings she left behind in 1978. In the attic she located a box of her items. Inside was Pirker's POW bracelet. It was at this time, only months ago, she learned of his fate and researched where his family may be located so she could return the bracelet to them.

Wachholz said, "I truly cared about this person (Pirker). I thought a lot about him in my teen years." She recalled sitting on her bed listening to the Top 100 on her red transistor radio thinking about Pirker and what he could be going through.

"The weather was intensely bad – towering thunderstorms with solid sheets of water and lightening that was so bright that it was often hard to see the instruments while the night was totally dark and the rain so intense that it was difficult to see the lights of the aircraft that was a few yards from you," commented D. Larry Fraser on Find a Grave Memorial (www.findagrave.com). Fraser was a serviceman on the same mission as Victor but another aircraft. His post continued, "The two aircraft in my flight developed vertigo that night too, and most of us thought we would crash. It was probably the most terrifying situation I experienced in Nam."

Fraser noted he remembers hearing dialog of one or possibly two members by radio on Victor's aircraft. "I don't remember what was said, but it sounded a little excited and seemed to have been meant to be on the intercom. Having just been through our vertigo session, whatever was said caused me to think, those poor guys are having the same trouble." He concluded, "A top-notch GCA controller brought my flight into Chu Lai – we didn't see the runway lights until after the tail wheel touched down."

Joining Victor in the fatal mission were Captain Francis E. Visconti (pilot), Richard A. Miller and Thomas E. Douglas. All four Marines were classified MIA. During this time, Pirker's ranking was promoted to Gunnery Staff Sergeant, Miller and Visconti to Majors and Douglas to Staff Sergeant.

Ohning offered that her father, Delbert V. McDaniel, served in the military as well. He was stationed in Dha Trang and ironically operated as a helicopter mechanic. How proper she was the bracelet's recipient and "assigned" with the task of reuniting SSGT Victor John Pirker with his family.

Life is strange sometimes. Extraordinary moments happen when specific people align to remind us, we are not alone. Those who have left us physically never leave us spiritually. 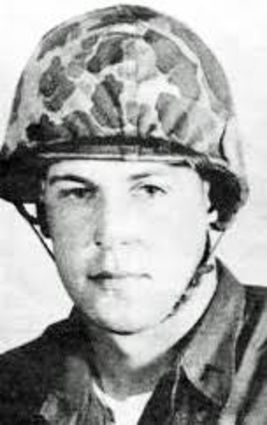 VICTOR JOHN PIRKER, June 27, 1940 – November 22, 1965. SSGT Pirker of Trout Creek, Montana, served in Vietnam and has been Missing in Action since his Choctaw aircraft went missing during a troop lift mission.