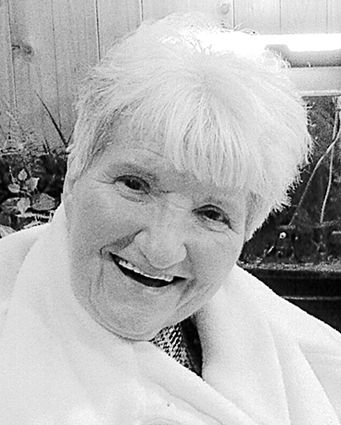 Rose Ann Neumeyer went home to be with her Lord and Savior Jesus Christ February 19 while residing at the Clark Fork Valley Long Term Care.

Clark Fork Long Term Care had been her home since 2002 when a double stroke took away her ability to care for herself.

Rose was born August 24, 1940 to Ann and Art Anderson in Thompson Falls, Montana.

Rose grew up in the Whitepine area and went to grade school at Belknap. She then attended high school in Thompson Falls.

Rose met the love of her life, Gale Neumeyer, in Denver, Colorado. They were married in 1967. Gale and Rose moved around a lot during their married life, from Denver to the oil fields in Wyoming. Then to Whitepine, Montana, and back to Colorado, then to Wasilla, Alaska, where Gale owned and operated his radiator business. They retired in Whitepine in 1998. She became a member of the Whitepine Community Church and was very active in the church until her illness.

Rose was quite a crafter. She would hit flea markets in Colorado selling her crochet and beaded items. In Alaska, she sold Avon and won many awards for being their top distributor in all the state. Canning, baking, sewing, and crocheting are what she enjoyed, and she was very good at it. She used this talent to bless all of those around her and to supplement her income by selling these items at local farmers markets.

Her celebration of life will be at New Life Fellowship, February 29, at 2 p.m. There will be a potluck dinner following. Pastor Irene Anderson will be officiating the service and graveside at Whitepine Cemetery.