Driver charged with DUI after taking out signs 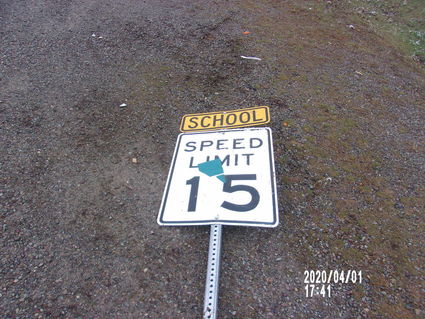 A STOP SIGN AND STREET SIGN lie near the intersection of Golf Street and Haley Avenue in Thompson Falls after a motorist ran into the sign. The driver was later arrested for driving under the influence.

A 43-year-old woman has been charged with driving under the influence after she was arrested following reports of a vehicles swerving in Thompson Falls.

Last Wednesday, Thompson Falls Police Department (TFPD) received a report of a white van that had hit a street sign and