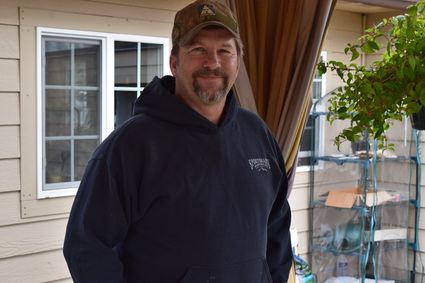 John Creel Steward, 58 was peacefully invited to meet his maker in heaven on the morning of March 31, 2020.

John was born on July 16, 1961, to Barbara (Reich) and Clarence "Tarzan" Steward in Bonners Ferry, Idaho. He followed in the path of his father by continuing a career in logging. He eventually moved on but stayed within the timber industry, working as a Superintendent for Plum Creek. Most recently, up until his passing, he provided his vast experience, knowledge and talent of management to his extended family at Hanson Trucking.

John married the love of his life, his best friend Julie, in the winter of 1980 and soon after started their family. They raised three beautiful children and instilled in them the importance of family and never taking any moment for granted. John undeniably loved his family more than anything in the world. Once the children grew up and moved away to start families of their own, John and Julie vowed to focus on each other, and he spent the rest of his life nurturing and growing the love between them.

John had a passion for the great outdoors and strongly believed in soaking up the sun at every given opportunity. He was always going for a hike or a jog in the wilderness to clear his mind. He spent every possible opportunity hunting with his sons, fishing with his daughter, four wheeling with his wife or trying to find that one big antler that would allow him to pull into the lead as Julie was clearly winning. He loved camping and exploring and everything that allowed him to breathe in that crisp, clean Montana air.

John was an amazing father. He supported his children and attended (coached) every wrestling match, every football game, every award ceremony and assured them that he would be there anytime that they needed him, and he was. He constantly let them know how proud he was. John was so patient, kind and easy going. He would listen to what you had to say and give the best advice, usually in relation to something he had to learn the hard way. He wanted better for his children, he wanted to protect them from the hard lessons in life. He loved them more than anything in the world and they knew it.

He shared his love with his seven beautiful grandchildren: Laci, Payton, Hunter, Kambrie, Calem, Sage and Rone. He was always present and involved in the lives of his children and grandchildren whether it be a birthday, graduation, holiday, a camping trip or just an opportunity to spend the day with his family. He made the most of every situation and you would hardly ever see anything get him down or keep him from having a beautiful day.

John could make friends with nearly every person he spoke with. His heart was kind and honest. He had the ability to reflect on each conversation he had and look at it from both points of view. If he ever felt as though he was in the wrong, he never hesitated to take responsibility and apologize for what he could have done better. John's work ethic was matched by none. His sense of humor and ability to lighten any conversation was enviable. His legacy of compassion, caring, hard work and doing the right thing will live on through the lives of those he loved and those who loved him more than he will ever know. He will be greatly missed but we find peace in knowing that God has gained the most beautiful angel and he, is watching over us.

John is survived by his wife of 39 years, Julie, his daughter Joni (Stephen) Struck, son Jaron (Brenda) Steward and son Jonas (Katrin) Steward. John left behind two brothers and one sister, Jesse Steward (his children Craig, Dane and Barb), Sam Steward and Ona Steward. His mother and father-in-law, Richard and Linda Browne, and his many sisters-in-law: Linde (Mike) Pavlik, Janet (Bob) Liston, Barb (Dwayne) Nielsen and Addy (Kevin) Reid, as well as many nieces and nephews.

John is preceded in death by his father, Clarence Creel Steward, his mother, Barbara Jean Grant, and his brother-in-law, Ty Damaskos.

A small, private memorial will be held at a later date. Columbia Mortuary in Columbia Falls is caring for the family.