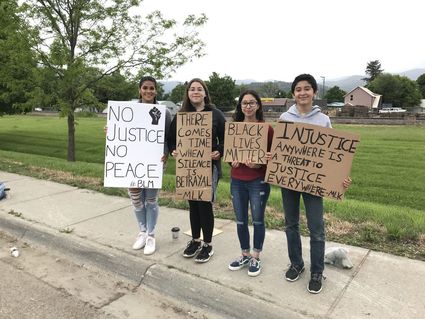 A group of Plains teenagers stood up for their beliefs Monday as they lined Railroad Avenue in an effort to raise awareness of injustice.