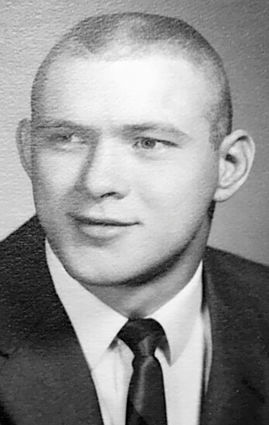 The man we called Barnes, Dad and Papa was a retired Supervisory Agent in the DEA, lover of sports (Go Mariners!, Go Hawks!), travel and the outdoors, passed away Tuesday, May 12, 2020, at the age of 77, due to health complications.

Larry Clayton Barnes was born on Tuesday, March 30, 1943, to Jesse Clayton and Maxine M. Barnes in Bellingham, Washington. He graduated in 1961 from North Thurston High School in Olympia, Washington. In 1965, he graduated from Washington State University, remaining a lifelong Cougar fan. Go Cougs!

Larry married Linda in 1974 in Los Angeles, California. His greatest love and priority were his family, especially his grandchildren...and his WHISKEY! Dad was of the generation where you work hard to provide for your family. His hard work afforded his family of seven many memorable vacations at the cabin in Cle Elum, Washington; clam digging and ocean fishing at the cabin in Long Beach, Washington, which he and his little brother helped their mom and dad build.

Larry was a meat and potato man who had a love for desserts. He loved wild blackberry pie, his son Brandt's homemade ice-cream, chocolate cake, you name it - the man had a sweet tooth. Dad absolutely loved snowmobiling. He enjoyed hunting, but at the same time, he loved feeding the deer passing through his property daily. Dad was a master at utilizing his sons and sons-in-law to complete a multitude of odd jobs and projects throughout the years. Whether it was building a deck, staining the house, and of course cutting wood, because you can never have enough wood for the next winter! When Dad would make his yearly trip to Washington, his agenda would consist of visiting his brother, Bill, and partying it up on the Fourth of July at the Long Beach cabin. Dad attended almost every Barnes Family reunion where he would visit his favorite aunt, SaraLee; cousins; and other extended family. All these things brought great joy and happiness to dad.

Larry proudly worked for the Drug Enforcement Agency for almost 30 years, making many lifelong friends. He worked in Seattle, Washington; Los Angeles, California; Great Falls, Montana; Bombay, India; and Spokane, Washington. After retiring in 1995, he and Mom moved to Trout Creek, Montana, where they partnered with friends and ran a hunting lodge for three years.

For God so loved the world, that he gave his only begotten Son, that whosoever believed in Him should not perish, but have everlasting life. (John 3:16.)

Celebration of life for Larry will be held at Open Door Baptist Church in Thompson Falls, Montana, at 1 p.m. on Saturday, June 13, 2020. Memorials can be made to a charity of your choice.

Condolences for the family may be shared online at http://www.OConnorFuneralHome.com.