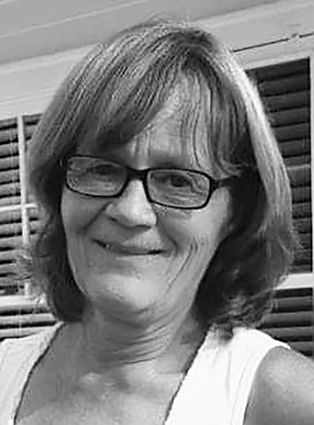 Laurie Jean Pritzkau, aged 66 passed away on May 5, 2020 following a heroic battle with cancer in Thompson Falls, Montana. She was surrounded by her loving children, close family and friends. We will all miss her smile, laughter, and wonderful sense of humor that will live on in our memories.

Laurie was born the eighth of nine children to Ronald (Red) and Henrietta (Toots) Pritzkau on April 12, 1954, in Hot Springs, Montana. She spent her early years in the Thompson Falls area, later relocating with her parents and two of her sisters to Seattle, Washington. She graduated from Foster High School in Seattle in 1973.

She returned to Thompson Falls around 1976 where she lived life to the fullest while developing her love for gardening and culinary pursuits. In 1978 she was blessed with the birth of a daughter Lynde, who was by her side when she passed. She later married Roger Hilton with whom she had two wonderful children, Tyler in 1984 and a daughter Samantha in 1988. Laurie lived in Missoula during the 1990s, primarily working in the restaurant industry. She owned two restaurants and helped manage others.

Laurie missed life in a small town and eventually moved back to Thompson Falls where she met Mickey Vulles, who became her partner for the rest of her years. She was a grandmother/mother-in-law to Mickey's daughter and her boys and loved spending time with them.

In July 2019, Laurie was blessed with her own granddaughter, Liliana Hilton, by her son Tyler and his partner Angela. She spent as much time with her as possible and often exclaimed, "I love my family!" She took pride in being a part of a large clan and looked forward to the large family gatherings that took place every year.

Laurie was preceded in death by her parents Red and Toots Pritzkau, and two older sisters, Janice Pritzkau and Kay Moore.

A memorial service will be held at a later date in order to allow more of her family and friends to gather in her remembrance. In lieu of flowers, the family suggests donations to a local animal shelter in Laurie's name.