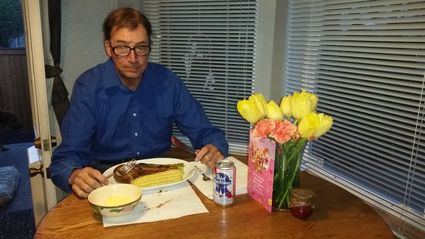 Charles Victor Hoppe passed away May 8, 2020, of complications from lung cancer. He fought a long battle and was in the thoughts and prayers of his family and church.

He was born at the Elmendorf Air Force Base in Alaska in 1955 to Charlotte and Ugene Hoppe. Charles traveled the world, graduated from Lincoln High School in Seattle, and joined the U.S. Navy soon after. He returned to Seattle and worked at Harbor View Medical Center as a pantry chef. After retirement in 2007 he and his brother, Donald, moved to Noxon where they quickly became a part of the community as the Hoppe boys. They would work all small jobs for beer money. Charles was autistic at Navy affairs and won many bets on military vessels and planes.

Chuck was preceded in death by his parents, Charlotte and Ugene and brothers, Mathew and Mark. He is survived by his brothers, Mike, Marty and Donnie; sister, Jan and many nieces and nephews and great-nieces and great-nephews.

Services will be held at noon on Saturday, August 1, at Baptist Mountain Church in Noxon with Pastor Jim Webley. Following will be a military 21-gun salute at Noxon Cemetery. Refreshments and pot luck will be at Chuck's sister's house on the old Bull River Road following the ceremony.