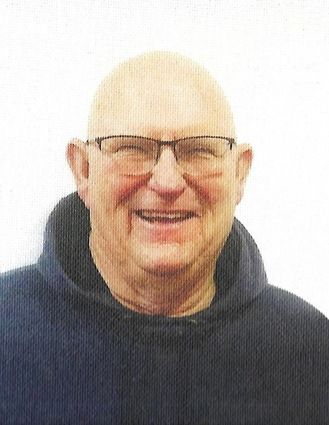 A memorial service is planned for Saturday, July 18, at 1:30 p.m. at the Community Congregational Church, 108 Spruce St., Thompson Falls, Montana, for David Anthony Mills of Thompson Falls. David died on December 29, 2019 in Fresno, California, at Saint Agnes Hospital after a brief illness. David was born in Wasco, California, on August 4, 1952, to Tony Gene and Leora Mills.

David grew up in Wasco and graduated from Wasco Union High School in 1970. He was an active member of the Wasco High Marching and Jazz Bands. He played many solos on his beloved Selmer tenor saxophone. He also took up the clarinet because of all the girls that were in that section. David was also a member of the tennis team. After being invited to church by a pretty girl, his life was changed by giving his heart to Jesus his senior year in 1970.

He went to Bakersfield Junior College right after high school as a music major. He had a great time playing in the band, but college really was not for him. He went to work for Pacific, Gas and Electric (PG&E) as a day laborer the summer of 1971. It was not long until he decided he wanted to follow his father's footsteps and got into the apprentice lineman program. David loved his career "in the hooks" as a lineman.

David and Cathy Siliznoff Mills were married on February 16, 1974, in Wasco at the Congregational Church. Both of their children were born in Fresno at Saint Agnes Hospital, their son Daniel in 1977 and their daughter Alaine in 1979.

At 35, he became one of the youngest PG&E General Foreman in Coalinga, California. That position took him out of the "hooks" but allowed him to supervise the guys doing the work with his history of on-the-job training. David retired from PG&E as a Superintendent of the Bakersfield, California, Division in September 2007 after a 36-year career.

In Coalinga, David and Cathy dedicated many hours starting an AYSO soccer region with the active participation of their children, Daniel and Alaine. The Mills loved traveling in their fifth wheel, over seas cruises and land tours visiting friends, family and new places. David comes from a large family and looked forward to family camping reunions. David was an avid NASCAR fan and took his trailer to more than one racetrack. He relished his annual NASCAR trip to Las Vegas with family and friends. David also enjoyed golfing and looked forward to an annual week-long golf trip with the guys.

David and Cathy bought property in Thompson Falls, Montana, in 2015 after making frequent visits with family in Trout Creek. They sold their property in Bakersfield, California, in 2017 and lived in their trailer/shop for a year while their home was being built in Sandy Beach Estates. David loved entertaining and sharing their river view with family, friends and neighbors.

David had many nicknames; at work he was "General Mills," "Bugle Mouth" (he could holler off a pole better than most) and "Webster" (He had a wealth of knowledge and was willing to share it). Later he was David A (for David Anthony) or David Affirmative Mills (if you asked him a question it was, "That is an affirmative"). Upon hearing "David A. Mills" his adopted granddaughter asked if the "A" really stood for "Affirmative."