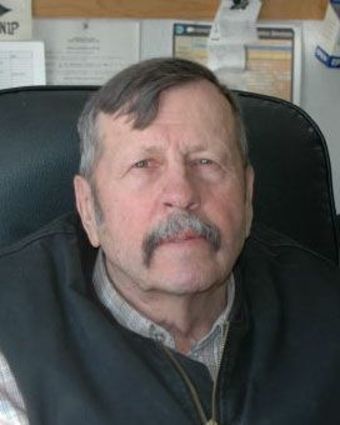 On Tuesday, June 16, John Carlyle Lawrence of Thompson Falls, Montana, passed away due to complications of idiopathic pulmonary fibrosis. He was 82 years old.

John was born in Manhattan, New York, on August 23, 1938 to Dr. Edgar Athaleston and Gloria Martland Lawrence. John received his B.A.M.A. and had completed all of his course work in mining engineering, physical chemistry and instrumentation in 1964 at the University of Utah. John worked in the Wyoming oil fields as a roughneck, on a geophysics crew for the Shell Oil Company, and on survey crews for both the state of Wyoming and Utah.

In 1965 John started running the Empire Mine that he would later rename United States Copper Inc. In the fall of 1966 mining high grade copper from the open pit area in Mackay, Idaho, began.

1968 John founded the United States Antimony Corporation (USAC) in Thompson Falls, Montana, after a sizeable deposit of stibnite ore was discovered. The company mined antimony in Montana from 1968 until 1981. The company processes antimony and precious metals from Canada and sells antimony metal and antimony oxide.

John founded what was to become USAMSA, the Mexican branch of USAC, around 1989, originally as an auxiliary source of antimony. This company currently has multiple mines, processes antimony, silver and gold and employs over 150 people.

John founded Bear River Zeolite, another subsidiary of USAC around 2003. This company mines, processes, and sells zeolite to domestic and international customer and employs over 40 people.

John was an experienced instrument-rated pilot and had accumulated over 70,000 hours of flight time. He enjoyed sailing, welding, working on heavy equipment, and building. John's work ethic, perhaps one of his most notable character traits, was enormous and consistent.