Celebrating the right to 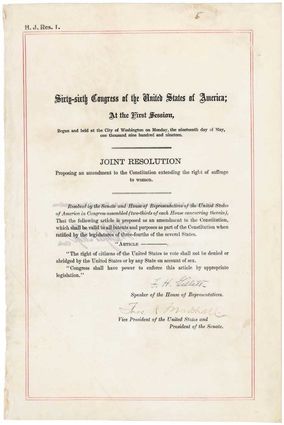 2020 marks the 100-year anniversary of the official adoption of the 19th Amendment; which guarantees and protects a woman’s constitutional right to vote. This right was not simply given to women; the fight for the vote began long before the 19th Amendment was officially ratified on August 26, 1...