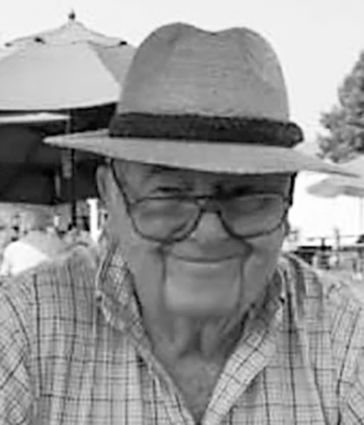 John “Jack” Edward Basham, 94, of Thompson Falls, Montana, passed away on August 8, 2020, at his current residence, The Springs at Missoula in Missoula, Montana.

He was born John Edward Collier to parents Ruth Agnes (O’Neill) Collier and John Jewel Collier, on July 24, 1926 in Spokane, Washington. He was raised by his stepdad Pat Basham from Libby and had many fond memories of growing up in the Proctor/Dayton area around Flathead Lake, Montana. He had one sister, Dolorez Marie Collier.

Jack left school in the eighth grade and began helping his mother pay the bills by working in a logging camp where she was the cook. Before long, he was sawing logs with his father Pat Basham with a crosscut saw and an axe. He entered the Navy on October 19, 1944, at Kalispell, Montana, and served in the Pacific Theater aboard the USS 30 Sardonic, a small gun boat, until the end of World War II. He was honorably discharged on June 18, 1946, at Bremerton, Washington. After returning home he again retired to the woods falling timber. He and friend Don Trankle bought a railroad tie mill and fulfilled many contracts before leaving the timber industry. Jack tried several occupations before landing his first job in the propane industry where he remained the rest of his career. The family spent several years in Colorado while Jack managed three propane businesses before they returned to Montana to start their own propane business. When they decided on Thompson Falls, Jack moved from Kalispell and stayed at the Black Bear Hotel while starting Clark Fork Gas Service, moving the rest of the family down in 1965. He built that business and also a satellite operation in Superior, Montana, called Clark Fork Mineral Gas. The family sold the business in 1988.

Jack belonged to the Thompson Falls Volunteer Fire Department, the Lions Club and was a member of the Elks. He was also a lifetime member of the Plains VFW Post 3596 and the Paradise American Legion Post 129.

Jack was an avid antique car collector. A couple of his most loved cars were his 1916 Hupmobile, which he restored, and a 1938 Lincoln Zephyr. Jack loved to run his cars in parades all around the county.

Jack often mentioned two trips as highlights for him. Jack, accompanied by his brother-in-law Leroy Gilbertson, traveled to the Panama Canal to see what Dad described as an engineering marvel. He was also able to take the Big Sky Honor Flight which recognized Montana WWII veterans, honoring them with a trip to Washington, D.C. to see their memorial.