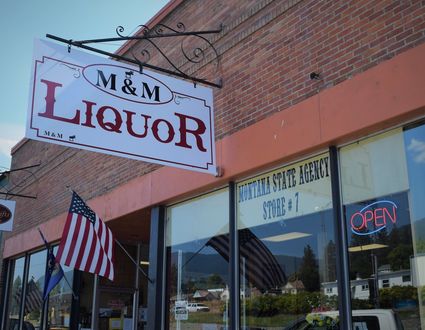 D&D TO M&M – Myles and Missy Sexton purchased the liquor store from Dave and Deb Oliver on June 15, the Sextons' 35th wedding anniversary. According to the Sextons, the Olivers owned the store for roughly 15 years before passing the torch.

Montana State Liquor Store 7 moseyed further down the alphabet when D&D Liquor became M&M Liquor earlier this summer. Former store owners Dave and Deb Oliver are no strangers to the Thompson Falls scene, and neither are new liquor stores owners Myles and Missy Sexton, who also own Minnie's Montan...