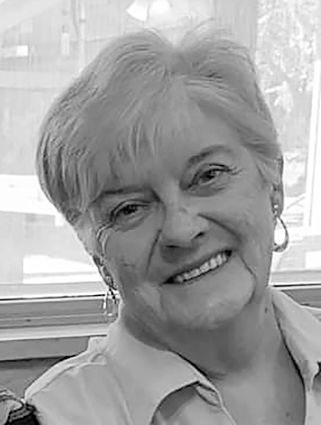 Maria Elena "Jake" Jacobson Legault, 76, of Thompson Falls, passed away August 24, 2020, at her home after a brief battle with brain cancer.

Jake was born in Kellogg, Idaho, September 30, 1943, to Roy and Lois Jacobson. She didn't like her first name and her friends nicknamed her Jake in high school. She graduated from Kellogg High School in 1962.

Jake met Ron Legault at an Eagles dance in Wallace. They were married December 21, 1963, in Osburn, Idaho. They welcomed daughter Elena in 1964 and son Bob in 1967. In Idaho, Jake was crowned the Snowmobile Queen in 1968 by the Wallace snowmobile club. Ron and Jake would adventure into the mountains, going camping, fishing and horseback riding.

The family lived at the Birdland Bay trailer court before building their home west of Thompson Falls in 1979. Jake was a proud supporter of the Blue Hawks and kept score and helped Dick Browne coach the Lady Hawk softball team. She and Judy (Wakefield) Leufkens would race to games and she got so many speeding tickets in her big blue Monte Carlo with the swivel seats that she lost her driver's license for a time. Families would go to softball tournaments and stay at Flathead Lake together when Elena was in high school.

Jake loved to bowl, first at Thompson River Ranch and then at the Rimrock. She worked with Rimrock owner John Lawrence to design the bowling alley and worked as manager, an accomplishment she was very proud of. She bowled in several leagues and competed at the state and national level for many years. She was inducted in the local hall of fame in 2002 and was bowler of the year in 1995. She enjoyed traveling with her friends and Ron to places such as Las Vegas and Reno.

The outdoor adventures continued when Ron and Jake's kids were gone. They logged lots of miles on the roads and waterways as they fished all over the northwest, making many trips to Lake Koocanusa, Westport, Washington, or the Helena area.

Jake bartended just about everywhere in Thompson Falls, including Ferk's (now the HighLead), the Black Bear and the Rimrock. She also worked in the Sanders County Clerk and Recorder's office before taking a job at Thompson River Lumber. She was in charge of TRL's scales for 10 years and retired from the mill in 2008.

Jake loved to play games. She always had a puzzle going in the winter and would play cards, cribbage and dominoes for hours. Ron called her the Pinochle queen of Thompson Falls. She was a regular at the Thompson Falls Senior Center games and with the Trout Creek Pinochle group. Everyone always said Jake was a kick in the butt. She was very respected and loved and everyone enjoyed being around her. 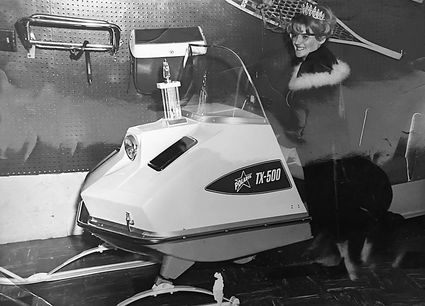 Jake was a straight shooter. She called it as it was and didn't sugar coat things, but she had a heart of gold. She loved her family and enjoyed having her granddaughters visit in the summers, taking them boating and swimming.

Jake was preceded in death by her parents, brother Sonny and sister Tina Marie. She is survived by her husband Ron and son Bob (Toni), all of Thompson Falls; daughter Elena (Chuck) Friesz of Forks, Washington; granddaughter Halie (John) Fletcher and great-granddaughter Harper of Forks; granddaughter Miranda (Nate) Gimlin of Tacoma, Washington; siblings Skip, Teri, Lee, Chris and Beth Ann; many nieces and nephews; and many, many friends who were like family to her.

In lieu of flowers, donations may be made in Jake's name to Clark Fork Valley Hospital Hospice or Cancer Network of Sanders County. No services will be held at this time.