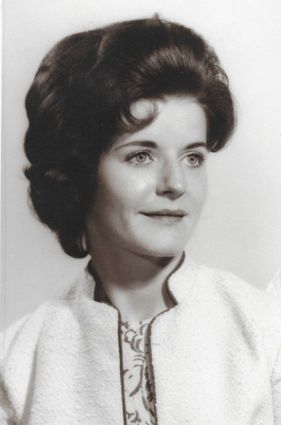 Ann Laws passed away peacefully on September 15, 2020, in Coeur d'Alene, Idaho, at the age of 78. Ann was born September 23, 1941 to Loyd and Carol Byfield in Sandpoint, Idaho. She grew up with seven siblings whom she helped care for. Her stepfather, Milton Inman, supported the family as a logger which involved a lot of moving around. It was when the family lived in Snyder, Montana, that Ann met the love her life, Larry Laws, at a dance at the grange in Whitepine, Montana. They went on to marry September 1, 1956 and, built a beautiful life of 58 years together until Larry passed on November 23, 2014.

Their first home was a trailer house on 80 acres in Trout Creek, Montana. They had three sons, Larry Jr., Tim and Ronnie, and a daughter, Lori. The family quickly outgrew the trailer and moved to Thompson Falls. Ann was very active in the community. She and husband Larry were involved in the Jaycees as well as their children's many sporting events and school activities. Her love, commitment and support to her family and friends was truly something to be admired.

Larry and Ann moved to Coeur d'Alene, Idaho, in 1982 where she went on to further her education, earning an Associate degree of Applied Science with a major in Computer Science/Business Applications at North Idaho College. She worked at NIC until retirement. She made many good friends while working there.

Her husband Larry, her children, grandchildren and great-grandchildren were what she cherished most in life. Family was everything to her.

Ann will be missed terribly, but our hearts take great comfort in knowing she is reunited with her husband Larry and son Ronnie.