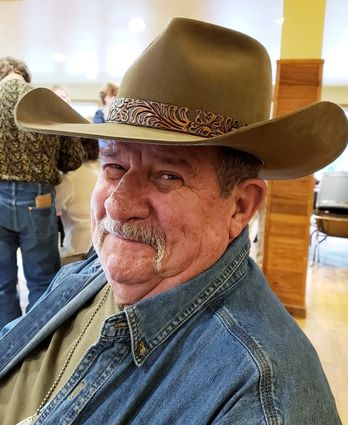 When someone you love becomes a memory, the memory becomes a treasure. — Dieter

Harold Wayne Hudson died peacefully at the age of 75 on September 16, 2020, at the Trout Creek, Montana, home he shared with his loving wife of 39 years, Liz.

Harold was a proud American and Vietnam Army Veteran. He served in the Army from December 1961-January 1971. He was in South Korea from 1963-67, and Germany in 1962 and 1969. In Vietnam, he served as an Infantry Platoon SSGT from 1966-67 (10th Aviation Security and Pathfinder) and again in 1970-71 (25th Infantry Division Co A, 2nd Battalion, 12th Infantry) He was recently reunited with fellow Veteran Soldiers, with whom he directly served in Vietnam, and considered it a true high point in his life.

“HUD” was a civilian government firefighter for the Air Force, and spent 26 years at Dover Air Force Base in Delaware. He mentored many enlisted men along the way. He looked out for his “GIs.” He set them up for success. He trained them as firefighters with great skill, but more importantly shared life lessons and great stories that each of them carry still today. It is a testament to the man that a lot of these men and their families have stayed in touch with him through the years since then, becoming lifelong friends.

Harold was born in Milford, Delaware. He proudly earned both his real estate and pilot’s licenses. Harold and Liz met, married, and lived in Delaware until their move to Trout Creek, Montana.

In Montana, Harold found his heaven. He felt an immediate connection to Trout Creek and decided to make a home for himself and Liz. He went on to build friendships with people of all ages and walks in the community. You were only a stranger to him once. He loved the easy pace, the beauty of the land, and the comfort of knowing his neighbors. He was always at the ready to lend a helping hand, and was thankful knowing he could count on the same in return.

Harold used his skill and experience as an expert marksman to mentor an untold number of youth in gun safety and hunter education for 25 years. He was also a member of the Noxon Rod and Gun Club. Harold was Fire Chief in Trout Creek for 11 years. He brought his years of experience as a career firefighter to continue mentoring others. He used contacts from previous years to the betterment of the fire department, having acquired much needed equipment and a fire truck. He was instrumental, along with others, in the planning and construction of the fire station at Whitepine.

Donations can be made to Clark Fork Valley Home Health Agency and Hospice or Noxon Rod and Gun in Harold’s name in lieu of flowers.

In keeping with state recommendations to control the size of gatherings due to the COVID pandemic, Harold’s family has made the decision to have a private graveside celebration of life.