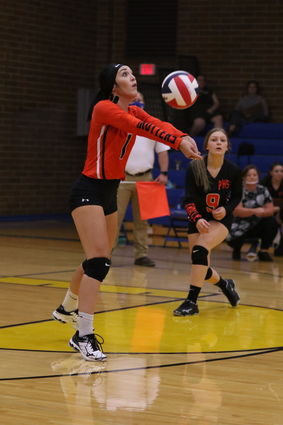 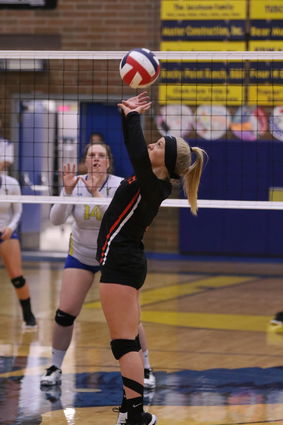 CONCENTRATING ON THE SET, Plains' Izzy Butcher hits a shot as Thompson Falls' DanniJo VanHuss looks to react to the play.

Against Thompson Falls, Madison Elliott hit two kills and block to lead the Trotters at the net, Izzy Butcher hit three assists and an ace, and Lexa Craft had 32 digs. See Thompson Falls story for Lady Hawk stats in the match.

Versus Clark Fork, Elliott had three kills and Craft 34 digs.

Coach Jesse Butcher and her Trotters were to have played at Charlo Tuesday (results were not available) and will visit Arlee Thursday before returning home to host Hot Springs next Tuesday, September 29.