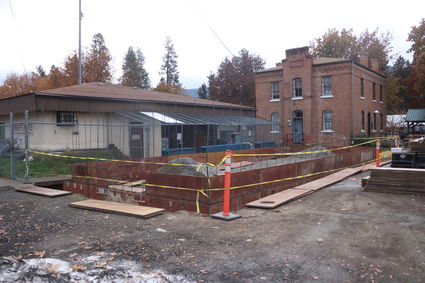 MORE AREA - A new inmate recreation area will be located next to the Sanders County Sheriff's Office and jail in Thompson Falls.

For several years the Sanders County Sheriff's Office (SCSO) has been planning to put in an improved inmate recreational yard to replace the existing one. Due to several safety concerns and having to save up the funds, the SCSO is finally getting started on the project this fall, having broken gr...