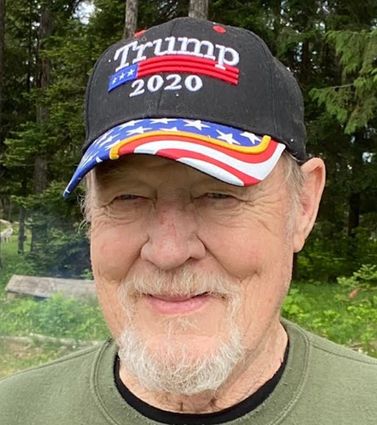 John R. Pritzkau, 78, son of the late Ronald "Red" Pritzkau and Henrietta "Toots" Pritzkau passed from this world on November 4, 2020.

John was born on November 7, 1941, in Northwood, North Dakota. His family moved to several areas of Montana for work and landed in Thompson Falls where he attended high school. He joined the Navy and served as a Chief Petty Officer until 1979 when he retired in Orlando, Florida with over 20 years of service to his country. He studied business at Orlando College and graduated with a degree in 1988. He worked in Orlando as a logistics analyst and program manager for defense companies for several years. During this work, he came to know Sam Anderson who became his long-time best friend.

He longed to return to Montana and moved to Trout Creek in 1998. His residence was the site for family reunions for many, many years. He enjoyed golfing and the outdoors. He is known by many for passionate political views, a playful sense of humor, and powerful hugs.

He will be laid to rest with military honors at Thompson Falls Cemetery on Saturday, November 14, at noon. Family and friends will gather at the Wayside Bar and Grill in Trout Creek at 2 p.m. following the burial for a celebration of his life and to share their love and fond memories. "John's Favorites" will be served 3-5 p.m.