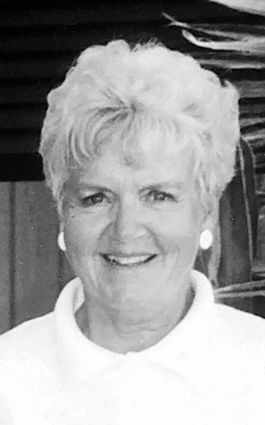 Mary Lou was born to parents Mary Elizabeth (Bondurant) Gilbertson and George Clarence Gilbertson on March 12, 1929 in the family's three-room cabin on a homestead outside of Kalispell, Montana. Mary Lou was the second child born, following a sister, Amelia Mae, just 13 months before. The family went on to have nine children, with the sixth child born into the three-room cabin home.

Mary Lou married John "Jack" Edward Basham on August 17, 1947. Her beloved Jack died in August this year, nine days before their 73rd wedding anniversary. Four other couples made up of friends and a cousin were also married in the same timeframe as Mary Lou and Jack; Vernon and Thelma Johnson, Don and Betty Trankle, Bob and Dode Blake, all of Kalispell and Gale and Charlene Warren of Polson. These five couples were constant companions and in later years got together once a year in order to celebrate and maintain their strong, lifelong friendships.

She attended grade school in a one-room schoolhouse, with five of her nine fellow students being siblings. She graduated from Flathead High School in Kalispell having completed a business program preparing for a secretarial and bookkeeping career. She excelled in bookkeeping, following in her father's footsteps who kept books for many businesses around Kalispell while also tending their small farm. While in high school, she was hired by Armstrong Insurance Agency earning pay along with high school credit. This job continued long after graduation. Her bookkeeping skills were instrumental in opening Clark Fork Gas Service with husband, Jack, after they decided on Thompson Falls to make their home.

Mary Lou volunteered her skills for the many organizations she belonged to. She was secretary/treasurer for Community Congregational Church for decades. She was secretary for the Woman's Club for many years. She was hired as secretary for the school board in Thompson Falls and worked through the completion of the new high school built in 1972. The church was a big part of Mary Lou's life. She sang in the choir and worked on many committees throughout the years. Because of this and in honor of her parent's 60th wedding anniversary, daughter Jacki created a stained-glass panel for the narthex of the church.

Family was of huge importance in Mary Lou's life. Family reunions with her parents and the nine siblings' families began in the mid-1960's and have continued for 55 years, occurring every three to five years. Only two reunions were to be cancelled, 2005 due to forest fires and 2020 due to COVID-19. At the peak. over one hundred family members were in attendance, gathering at camps around Flathead and Bitterroot Lakes, and lasting the better part of a week. In 2017, Mary Lou and Jack attended their final reunion at the ages of 88 and 91.

Mary Lou had many interests. She and her Auntie Jane hiked 134 miles in Glacier National Park, many of those miles with Jack as well. Camping and water skiing were frequent family outings making good use of the boat Jack built in 1958. She was an accomplished water skier.

Mary Lou was instrumental in bringing the card game of Bridge to Thompson Falls, teaching and helping start a Bridge Club and was active in the bridge club for close to 50 years. She loved the game of golf, achieving a hole in one on hole No. 5 at River's Bend Golf Course in Thompson Falls. She is known to say she also learned to curse while golfing. She loved brightly colored flowers and had many throughout the yard surrounding her home. While relaxing a crossword, cryptogram, or Sudoku were always nearby. Mary Lou took up oil painting learning from Willie Brickzin, she admitted to starting many paintings that Willie either fixed or finished for her. She was a great cook and made wonderful pies, was known for her coconut cream and lemon meringue pies, frequenting many potlucks and especially at the church.

Mary Lou's love of golf led her to Arizona during the winter months. After "snowbirds" Mary Lou and Jack rented a few seasons, a home was purchased in Happy Trails Resort and Golf Course, where the couple spent the winters for 20 years.

Burial is Monday, November 30, 2020 at 1 p.m. at Whitepine Cemetery. The family is planning a celebration of life to be held in the spring, weather and pandemic permitting. In lieu of flowers, the family suggests donations made to Community Congregational Church of Thompson Falls.