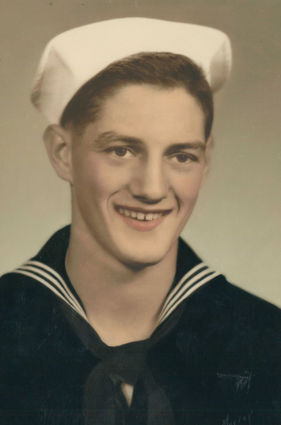 Donald Anthony Orso passed away November 18 at his home in Noxon, Montana.

Don was born in Carlinville, Illinois, August 17 to Joseph and Frieda Orso. He grew up in Gillespie, Illinois, graduated high school there, and went into the Navy. He served one year, then WWII was over, and he was discharged. At the age of 27 he met Geraldine Ryan of rural Gillespie on a blind date. They were married Sept. 11 in Gillespie; a union that would last for 66 wonderful years.

Eventually they made their home for 33 years in Ferguson, Missouri, a suburb of St. Louis. Don spent most of his employment years working as a metal finisher for General Motors in St. Louis. Wife Geri was employed first by SWBT, then by McDonnell Aircraft (which became part of Boeing) for 26 years.

Don was an outdoor guy who was a jogger, enjoyed birding, hiking, and camping. Any free time would find them exploring National Parks all over the U.S. and getting to the tops of most anything. Favorite times were volunteering at the YMCA of the Rockies in Colorado for the summer of 1982, and volunteering as fire lookouts on Squaw Peak (now Star Peak near Noxon).

Don was offered and accepted early retirement, and Geri stopped working in the early 80s. The couple was childless but had the opportunity to assist all 4 parents with old age difficulties, and enjoy a great number of siblings and nieces and nephews.

In 1979 during a visit to family, the Orsos purchased a tract of land near Noxon. Vacation trips were spent cutting and clearing, and in 1990 they built a home and moved.

Don was the last survivor of his immediate family, a fact that saddened him greatly. However, if any visitor liked football, they were IN!

On December 4, a Mass of Christian Burial was celebrated by Father Jeff Benusa, pastor of St. William's Catholic Parish, headquartered in Thompson Falls. The service was held in Noxon Mission, which uses the Methodist Church building. Interment was in Noxon Cemetery. 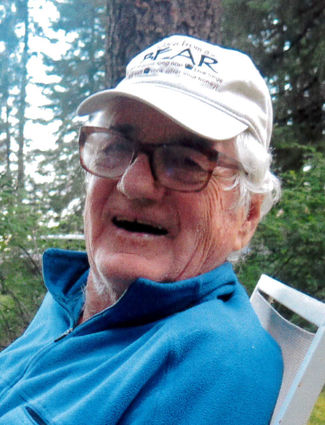 Don's cause of death was old age and dementia. We wish to express our deep appreciation to Father Jeff, Ron Kazmierczak, all the nurses and staff of the Clark Fork Hospital Hospice, Dr. Crane and his staff, Bonner General Hospital, the support of family and friends and all the expressions of love and sympathy.

A special thank you to Doug Horner of Noxon.

Following is a writing Don liked and copied for his "treasure box."

I find myself on the last stretch of my journey in life and I don't know what is waiting for me. I know however, that the light of God exists. That he is risen, that this light is stronger than any darkness, that God's goodness is stronger than any evil in the world, and this helps me go forward with confidence. - Pope Emeritus Benedict XVI