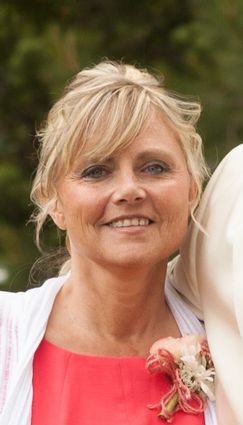 Cynthia Rose Posselt, a caring and loving daughter, wife, mother and grandmother, left us unexpectedly on December 14, 2020, in Sandpoint, Idaho, at the young age of 57.

Cindy was brought into this world July 2, 1963, in Butte, Montana, to Calvin and Cindy Dunks. After moving around as a child, the Dunks family finally settled down in Plains, Montana, where Cindy would graduate high school. It was during this period that she met her high school sweetheart, Kim Posselt, whom she would later wed on May 22, 1982. Together they had three children, Kendrick Calvin, Nickolas and Joshua.

In early 1984, the couple put down roots in Trout Creek, Montana where they both began careers in the forest industry and continued raising their little family of five. She remained dedicated to this occupation until the closing of Vinson's Mill in 1999, when she decided to continue her desire for higher education at the University of Montana (GO GRIZ). In 2004, she graduated with a B.A. in Psychology.

Early on in their relationship, Kim introduced Cindy to a life of the outdoors, and they never looked back. Even three closely spaced sons couldn't keep them indoors. Whether awaiting an aggressive trout to snatch her dry fly on one of the Montana's numerous rivers, or camping in one of the countless wild places adventure took them, sleeping under the stars and listening to God's creations was one of her favorite pastimes.

Anyone who has been around cancer knows that toughness, perseverance and resilience is an extreme understatement for these astonishing individuals who battle it. Even after being diagnosed with stage 4 colon cancer in 2013, Cindy continued to display that the quality of existence far exceeds the quantity of time in which one lives. In 2018, she received the overwhelming news that she had beat the odds and was officially cancer free.

Being a dedicated and loving mother and grandmother was one of Cindy's top priorities in life. She adored her three sons and five grandchildren. If she wasn't seen driving back and forth to visit her parents, riding shotgun with her husband on their four-wheeler, then she could surely be found smothering her grandkids with love. From spoiling them with sweets to snuggling on the couch, she was definitely smitten with her grandbabies.

Although Cindy was gifted her angel wings entirely too early, there is no doubt she will continue to look down over her entire family with the protection and love she displayed while on earth. She was greatly loved and will be dearly missed.