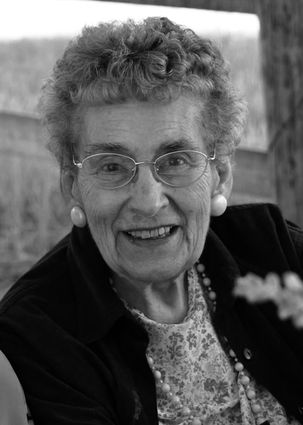 Victo Fern Stobie VanCampen came into the world on February 20, 1926 and left on December 26, 2020. She was the first child of Victor and Ruth Stobie, later joined by Herbert, Christopher and Margaret. Victo was raised on the Stobie Ranch on the Thompson River and to the end of her life when asked if she could go anywhere in the world, she steadfastly replied, "Up Thompson River."

Victo graduated from Plains High School and lived most of her life in Sanders County, the last several decades in the Cherry Creek area of Thompson Falls where she and her husband Bert happily pursued their joint passions of hunting, fishing, cooking and entertaining until his death. Victo continued hunting into her late eighties with her sister Peg until she couldn't see well enough to shoot and Peg couldn't hold the gun still.

Victo worked alongside the local dentist, Richard Thiegs for many years and was known by all the local kids as a kind and steady voice in a scary place. She was a true lady who did not appreciate vulgarity of any kind and who always conducted herself with grace and generosity. She was an amazing cook as anyone lucky enough to be invited to her table can attest.

Victo did not have any children of her own but her many nieces and nephews loved her dearly and she was a great favorite of her Cherry Creek neighbors. She was living in The Springs in Missoula before she passed away with her devoted companion, Lacey at her side. She lived proudly and independently until the very end, an inspiration to all who knew her.

The world is a smaller and less interesting place without you, Victo. You will be missed.