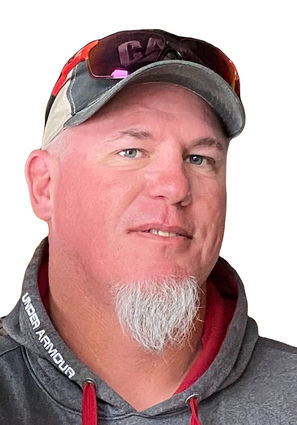 Cody Lee (CL) Wilson, left this world too early, but certainly not without leaving his mark. Born in Las Vegas, Nevada, 1975, to Margaret Ann (Ashworth) and William Cody Wilson. He came into this world as the youngest of five siblings. He grew up idolizing his older brothers, Dwayne and Eric, always trying to follow in their footsteps, which certainly led to some mischief at times. His sisters, Karen and Kim, were there to provide some corrective guidance. In 1982 the family moved to Cedaredge, Colorado, then on to Thompson Falls, Montana in 1991. In high school he met Amy Youngren, whom he later married on May 22, 1999. They had lots of adventures together, but their greatest adventure of all was when they started their family. They welcomed their first daughter Bailee in 2000 and their twins, Jenna and Jesse, in 2005.

What Cody was most proud of was his family. He enjoyed celebrating his childrens many accomplishments and was their number one fan. Cheering Jesse on at the hockey rink, and Jenna on at the gym was what he and Amy loved to do together. Cody was especially proud when Bailee enrolled at the University of Wyoming and wore his Cowboys gear with pride. When Cody and Amy weren't cheering on their kids from the stands, they loved spending time together as a family. The times they will treasure most as a family are Cody's gourmet grilling, shooting guns, deep sea fishing, and spending time in the mountains. When it was time to relax, you could find Cody with the garage door open, a fridge full of cold beer, surrounded by his family and friends.

Cody learned the value of hard work from his father at a young age and went on to instill this in his own children. Through the years, Cody had many accomplishments throughout his career and he took great pride in his work. He was known to many as a supervisor, a colleague, and a mentor. But more importantly as a friend.

Cody was a "Wilson;" a hard worker, dedicated, stubborn, opinionated, yet generous and full of love for his family. He has gone on to join his father, "Big Cody," in heaven where the projects are endless and the tools are limitless. His passing is also preceded by his grandmother, Johnnie "Nan" Wilson, who was always there to bail him out when needed.