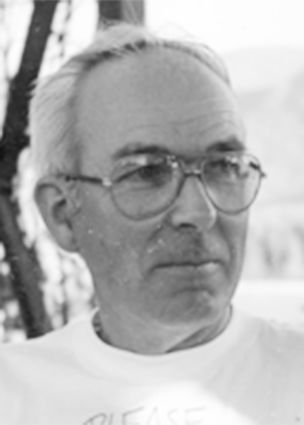 David Harold Dykstra, 90, passed away peacefully February 6, 2021, at his home in Thompson Falls, just as he wished. He had graciously dealt with Parkinson’s disease for twenty-five years.

David was born in July of 1930 near Copper King, Montana on Thompson River to Henry and Delta (Parrish) Dykstra, the eighth of 14 children. He attended school in Paradise and Thompson Falls.

At age 13, David made his choice to serve God, a vow that he honored until his death. This choice enriched his life and those around him with stability, peace and joy. His home was open and available to fellowship meetings for over fifty years.

David began working at Flodin’s Lumber Company (now Thompson River Lumber) at age 15. Over the next 55 years he held numerous positions. By age 19 he was the Western Wood Products Association’s (WWP) youngest certified lumber grader. He also worked as planer man, millwright, dry kiln supervisor, and licensed boiler man. The highlight of his career was receiving the prestigious WWP Master Lumberman Certificate, acknowledging his extensive expertise in all aspects of milling lumber.

On March 5, 1953, David married Erlice May Douma in Bozeman, Montana. He also faithfully kept those vows until death.

He was a master craftsman and after remodeling their first house, he hand-built their final home using Erlice’s designs. David filled his house with his love, inventions and the work of his hands. His family has enjoyed this home since 1964.

Services will be held February 13, 2021, at 11 a.m. at Plains Bible Chapel in Plains, Montana. Interment will be at the Paradise Cemetery followed by a potluck lunch.