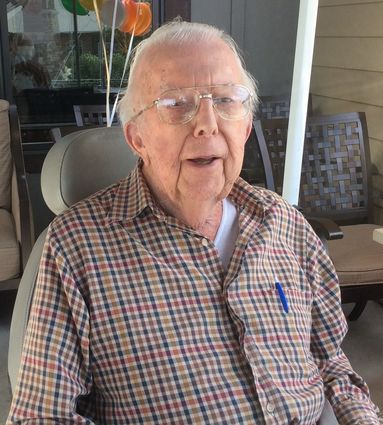 Millar was born in Saskatoon City, Saskatchewan, Canada, on July 24, 1920 to Anna Sophia Flodin and Thomas Miller Bryce. His growing up years were spent in Austin, Texas. At age 15, his lumber mill career began when he and his brother Eric went to work for their uncles Walter and Swan Flodin in the family sawmill near Granite Falls, Washington. During WWII he served in the Royal Canadian Air Force as a navigator. Thus began his love for flying.

During the following years, Millar resided in Missoula, Albuquerque, Plains and Kalispell. His presence was felt wherever he went. His generosity, of self and resources, is best reflected in "for it is in giving that one receives". His love of Plains, Montana, and Montana in general was never ending. He had a deep passion for the lumber industry and all who were involved. He loved flying in the "Big Sky" and took every opportunity to crank up the airplane motor. His services were always available to his family and friends.

A tentative memorial service is planned for July 24, 2021 in Plains, Montana. The family is requesting that memorials be directed to Penn Stohr Field, Plains Airport, Sanders County.

Brothers Mortuary and Crematory in Hamilton is caring for the family.