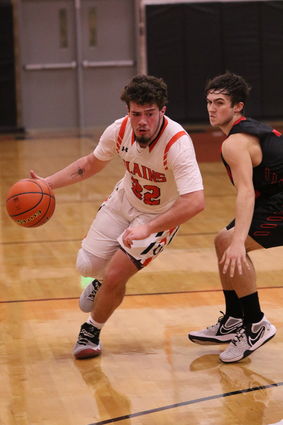 The Plains Horsemen improved to 2-6 in District 14C play and 2-7 overall with a 47-33 road win over Noxon Saturday.

In other action last week, the Horsemen lost to Clark Fork in Superior Friday but no details were available from that game.

Coach Tyrel Allen and his Horsemen now make plans for playing in the socially distant District 14C tournament next week as described in other story.

The Horsemen are currently in fifth place in conference standings but could rise as high as third this week if they win both of their games, versus St. Regis in Plains Thursday and at Hot Springs Friday.

"There is still some wriggle room in where we could finish," Allen said, "and I still believe the talent in this league is very equal. I think any team in this district is beatable."

Allen thinks pace of play may be the most important factor for his Horsemen heading into tournament play. "We have to control the tempo," he said. "If we take care of the ball and don't beat ourselves, we can compete with any of the other teams in this league."