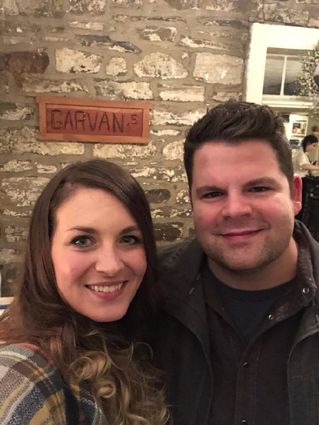 Ben Williams has been working construction for over 20 years and has lived around the country. Originally from Washington, he moved to the Thompson Falls area when he was young and grew up in the area. His father owned a construction company locally, and Williams grew up in the trade.

"I guess you could say the first time I swung a hammer was the first time I could hold one," said Williams. Recently, Williams, with his wife Mary, moved back to the area after living away for several years, and decided to open their own home improvement business. Williams Home Professionals, LLC began officially in December of 2020. Williams works as a one-man crew and specializes in tile installation. He does bathroom remodels, kitchens, and much more. "We can be open to discuss other more involved projects and things besides flooring," said Mary. The company's primary focus is interior work, but Williams said that he has a broad understanding of most construction principles, and is open to doing whatever his customers may need.

The duo has lived in several states, including New York most recently. Both grew up in Montana, with Mary hailing from Bigfork. Williams said a big reason he returned to Thompson Falls was that he wanted to be closer to his parents, who still live in Sanders County. They found their way back to Thompson Falls in August of 2020 and began work starting their own business, which Williams said was more involved than he had originally thought. "We are smaller," said Williams about his business, "so we're not going to be the fastest crew out there, but we focus on quality." He continued saying "we make sure to keep the area clean and be clean to the environment."

Williams Home Professionals, LLC can be reached at their business number (406) 370-5934, cell number (406) 396-3481 or through their email [email protected] They also have an Instagram account, Williams_Home_Professionals. They base themselves in Thompson Falls, however, are open to doing projects throughout Sanders County.