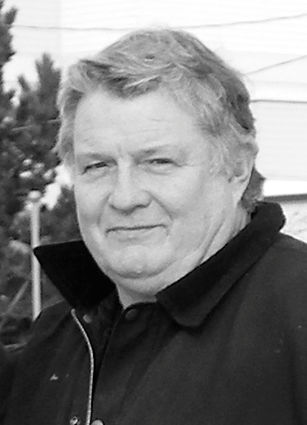 Steven Mark Pedersen, 61, of Plains, Montana was born November 30, 1959 in Berwyn, Illinois. He was Malcolm and Charmaine Pedersen's second son, joining older brother Greg. In his younger years they lived in several communities in Illinois.

Spending time with his maternal grandfather, Clarence, seemed to spark his interest in tools and all that you can do with them. He fondly remembers his grandfather's sets of tools and the steam engine which he built and left to Steven.

The Pedersens visited family on vacations in the Eugene, Oregon, area and moved to Oregon from the mid-west. Steven was active in Boy Scouts, achieving the rank of Eagle Scout with Palms. He graduated from Sheldon High School in Eugene.

Camping was the highlight of Steven's scout activities; he was known as the one who made chocolate cake in a Dutch oven. His Scoutmaster, Don Banton (Papa Don), has remained a family friend.

During high school Steven worked cleaning offices and saved his money for a car. He ordered a 1979 Mustang Cobra (with turbo), the type of car every 19 year old wants! His stories of driving between Eugene and Bend to go skiing sounded like a Le Mans course.

He worked as a switcher for KEZI-TV running commercials and sport events and also at Hinman Vinyards when it was just starting production. He had a lifelong interest in wines and enology.

Joining Oregon Laborers Local #121 in 1987, Steven worked as a hod carrier, scaffold setter, flagger and general laborer for a variety of installations, paving jobs, bridges and numerous other jobs involving concrete. The big projects he was most proud to be a part of were Coos Bay's Catching Slough Bridge, the new Waldport Bridge, Sheridan's Federal Prison, Corvallis' by-pass, Hewlitt Packard's expansion and his last job as a laborer, the Oregon State Library Expansion Project.

On December 5, 1987 he married Sheila Shafer. They bought a fixer-upper house and property that was a junkyard in Monroe, Oregon.

Those years were full of re-wiring, plaster, sheetrock, PVC pipe and the ever-present question: "Why in the world did they do that?" With no truck (remember the Mustang?) They had a hulk hauler haul off the 18 tons of scrap and partial car bodies.

Their son, Ansel Clarence Pedersen, was born February 21, 1996. Working out of town for jobs as a laborer didn't leave much "Dad" time so Steven switched careers.

He went to work for WinCo Foods in Eugene and Springfield, Oregon, throwing freight, then as maintenance manager. He retired in 2015 after 15 years with the company.

Family vacations were spent traveling the inland northwest in search of the best retirement location. Plains, in the Clark Fork River Valley was it – with a hillside slope and view that couldn't be beat. Kick back on the deck at the end of the day, look at the view and have a glass of wine. Perfect!

Jimmy Russell and his tractor were an immense help around Steven and Sheila's property in Monroe. He didn't want to be paid, but told Steven if he bought a tractor, to use it to help someone else, just like he was helping Steven.

Taking that advice to heart, Steven was known as "Tractor Steve" and was willing to dig ditches and trenches, move dirt, plow snow, drive posts and mow fields.

His son's interest in aviation led to attending fly-ins in Oregon and Montana, as well as traveling to Oshkosh Wisconsin's Airventure in 2016. He chauffeured Ansel to and from Kalipell where he recently received his private pilot's license. Steven was so proud of Ansel's accomplishment.

Steven said his goal was to meet one new person every day he was away from the house. He met some very interesting people and since he was retired there were no time limits for their conversations.

Steven died March 20, 2021 of congestive heart failure. He was preceded in death by his grandparents and father. He is survived by his wife, Sheila; son, Ansel; mother, Charmaine; brother, Greg; many life-long friends (Bantons, Rathmans, Russells) and too many in-laws, nieces, nephews, great nieces and nephews, great-great nieces and nephews to name.

A Celebration of Life Memorial will be held at Plains Alliance Church, Sunday, April 11 at 2 p.m.

In lieu of flowers we ask that you donate to Plains Community Ambulance, TRACS in Thompson Falls or the Experimental Aircraft Association's (EAA) Young Eagles Program.