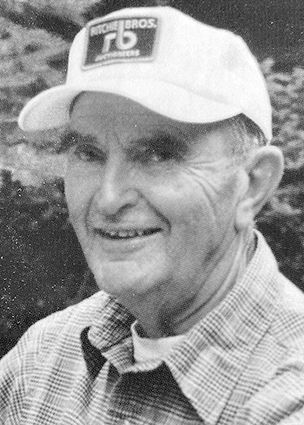 Robert E. Anderson died on the morning of Easter Sunday, April 4, 2021, at his home in Kalispell.

He was preceded in death by Shirley Anderson, his beloved wife of 73 years, who passed away on January 6. He declared that the only mistake she ever made was to die before he did. Encouraged by her (and us) to write his own obituary, he penned the following:

On the morning of November 28, 1922, an excited Swedish immigrant announced the arrival of his first son, Robert, into a family of four daughters born of a mother whose parents immigrated from Sweden. They were to have one more daughter. Both parents and all five sibling sisters predeceased "Bob," although he is survived by many nieces and nephews.

His early life was spent in Denver, Colorado, where he graduated from East High School in 1940. His good memories from there include football and acapella choir. He enrolled in engineering school at Colorado A&M, during which time he received his private license through the CPT program offered at the school. His education was interrupted by the Japanese on December 7, 1941. From December 8 until his transfer to reserve status at the end of WWII, he served in the Marine Corps, retiring from active duty as a Captain. During that time he was a dive bomber pilot, flying 94 missions against the Japanese in the Pacific. At the end of the war, he was part of a new Marine dive bomber squadron preparing for the invasion of Japan.

He returned to his Alma Mater, now Colorado State University, when released from the military and graduated in 1948 in Light Construction and Marketing, a new major in the department of Engineering. During the last year of school, he met the love of his life, Shirley, running her own restaurant in the Big Thompson Canyon of Colorado. He quickly seized on the opportunity to capture such culinary skill, and they were married in September of 1948. His mother immediately taught this new daughter-in-law the intricacies of Swedish cooking to enhance her already acquired Bohemian skills.

His working life as a production engineer with U.S. Gypsum Company was cut short when he reported collusion and fraud between the Federal Housing Authority and a major national builder of homes. No longer welcome in the building industry, a couple of courses in finance at Northwestern and Harvard launched his new career as a comptroller of a thirty- plant service industry in Denver. After retiring in 1982 to a ranch in Montana, the bankruptcy of his former employer two years later left him without retirement income. The purchase of a computer allowed the startup of an accounting company, soon to have fifteen commercial clients. He and Shirley moved to Kalispell in 1990, where because of age and travel he gradually reduced the client number to three. He thanks those three companies for continuing with his services long after he felt he was very good.

He loved God, his church, his country, his family, his friends and life. He claimed never to have had a bad day, except those days when a younger friend or contemporary died. Just some days were not as great as others. In earlier years he was an avid fly fisherman and a regular elk hunter. At 75 he took up golf. He attributes his longevity to All-Bran each morning and 1.5 ounces of gin each afternoon to brighten up an otherwise dull persona.

Any complaints about this being too long should be taken up with my wife (my kids) who could have written this. I wrote it myself in response to her (their) request. Thank you, Lord, for a great ride here on earth, and I'm eagerly awaiting the next chapter. Hope to see you all there.

A. Fly fish the waters of New Zealand

B. Play poker with Vladimir Putin.

Those of us who encouraged him to pen this are also grateful to have his memoirs, including Slow But Deadly; WWII memoirs of an SBD Dive Bomber Pilot. We are also comforted by the list of his favorite hymns and memories of his beautiful tenor voice, which never left him.

Bob is survived by children Karen Mercaldo, Nels Anderson, Kris Anderson (Sharon Pound), grandchildren Dominic Mercaldo (Laura), Gianna DiGiovanni (Craig), Nate Anderson, Kelsey Carson and great granddaughters Indiana and Sage Mercaldo and newborn Gemma DiGiovanni, countless nieces and nephews across the country will be missing their last, living uncle. Kris and Sharon's godchildren and their parents, the Burky family, were also adopted by Bob and Shirley as their own, along with many in the congregation of Bethlehem Lutheran.

Plans for a summer memorial for Bob and Shirley will be forthcoming. In lieu of flowers, gifts to Immanuel Lutheran Foundation acknowledge the wonderful care they provided to them both.